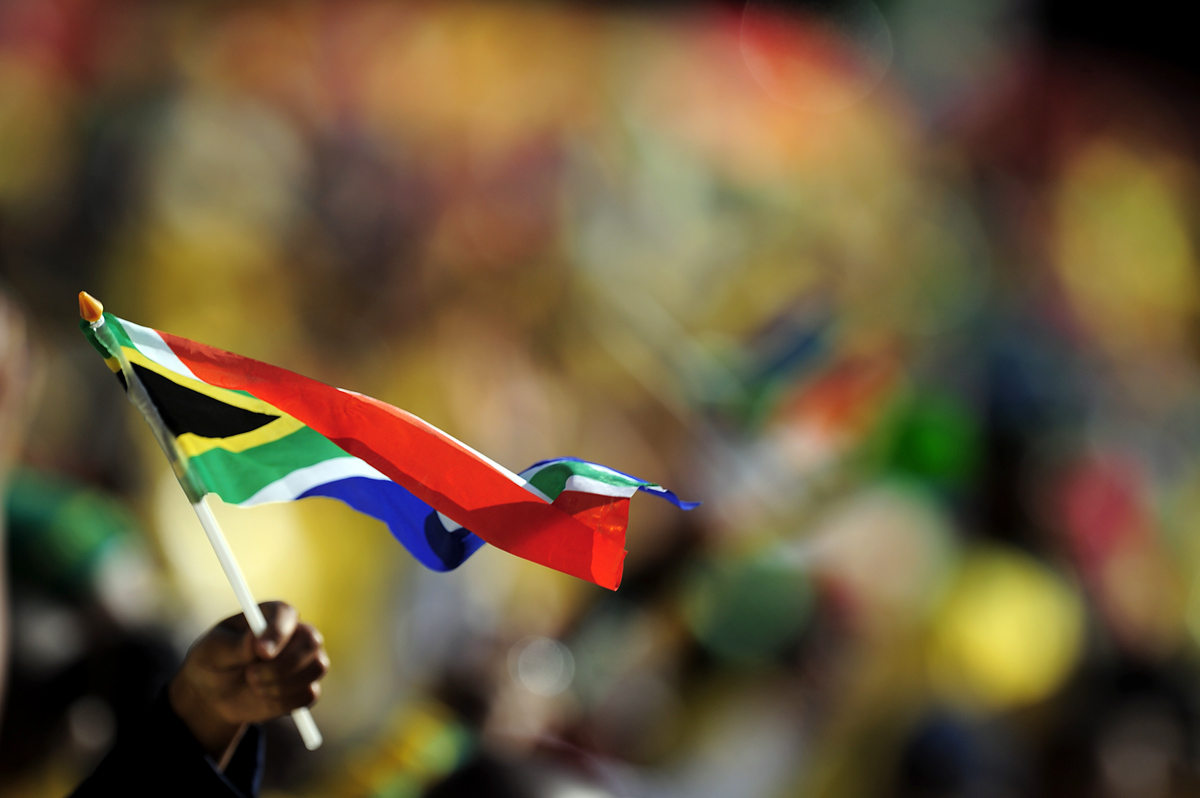 The recent scenes of students clashing with riot police and private security forces on heavily securitised South African university campuses are emblematic for a nation in a desperate search for political orientation. They are also a pressing reminder of how fragile the post-apartheid political consensus to overcome a society built on coercion and violence actually is. It is the so called ‘born frees’, the generation of young South Africans that was born in a democratic republic, who most manifestly expose the country’s severe vulnerabilities: a blatant lack of moral leadership and governance failures that, if unaltered, allow for serious doubts about the survival of the ‘Rainbow Nation’s’ social contract.

Drawing ideological inspiration from the pivotal role of the student movement in bringing down apartheid, today’s campus revolt goes far beyond its pithy demand that ‘#FeesMustFall’ for universal access to education to become a reality in the lifetime of the born frees. With their protest, parts of the country’s educated youth target deeper social structures underlying the South African society, most importantly racism, neoliberal capitalism and patriarchy. They lay bare the unfulfilled promises upon which the post-apartheid consensus was initially built by fiercely calling the country’s elites to account for rampant social inequality, the tardiness of economic transformation and the perceived ruthlessness and indifference within the centres of power. The violence experienced on South African campuses, be it institutionalized forms of racism or in the form of rubber bullets and stun grenades, is likely to deepen the rift between the South African state and ‘its children’. This becomes evident in the worrisome readiness of some protesters to resort to violence to make their point and the ever more coercive response from state agents. The government’s strategy to sit out the crisis without effectively addressing the structural inadequacies of (higher) education governance indicate the waning capacity of the ruling African National Congress (ANC) to ameliorate political dissent and to secure broader societal consensus through intellectual and moral leadership.

The militancy of the student protests consolidate a trend of polarisation in South African politics and signifies another crucial stage in the unravelling of the hegemony which the so called ‘Tripartite Alliance’ of the ANC, the South African Communist Party (SACP) and the once powerful Congress of South African Trade Unions (COSATU) had established with the end of apartheid. The ANC-led government under President Jacob Zuma faces severe internal as well as external challenges. Internally, the ruling party is increasingly divided, with the President’s support base rapidly crumbling. In a recent open letter to the party leadership over a hundred prominent ANC stalwarts expressed, in an unprecedentedly blunt language, their dissatisfaction with the party’s performance in steering the country and their concerns about what they call “largely dysfunctional” party structures. The statement explicitly points out the rapidly decreasing public legitimacy of the former liberation movement that has governed the country since the democratic transition. “Communities that have looked to the ANC for leadership and who we should serve, increasingly see self-enrichment, corruption, nepotism and the abuse of power – the moral high ground that the ANC enjoyed being lost” (cited in Nkosi 2016), so their warning reads.

The ANC’s ‘natural allies’ are equally afflicted by personal and political squabbles. Factional disputes over COSATU’s political orientation and reproaches of uncritical proximity to government have compromised the political strength of the country’s labour movement. The 2012 Marikana massacre, the killing of 41 miners on strike for a living wage at a platinum mine run by London-listed Lonmin, further escalated tensions among labour unions, with some powerful unions turning their backs on the ANC and mobilising for the establishment of a progressive political alternative. Subsequent investigations into the Marikana tragedy revealed the obscure entanglement of business interests with South Africa’s ruling elite, a recurring pattern in South Africa’s economic governance.

The August 2016 municipal elections in which the oppositional Democratic Alliance (DA) won over former ANC strongholds such as Port Elizabeth or Johannesburg are an indication for the potential finiteness of the ANC’s grip on power. In a polarised political discourse, opposition parties milk the numerous corruption charges against the President as well as his alleged wire-pulling behind politically motivated corruption allegations against finance minister Pravin Gordhan and other uncomfortable contenders. A recent 355-page report, compiled by one of South Africa’s constitutional ‘watchdogs’, the office of the Public Protector, and tellingly titled ‘State of Capture’, reveals sensitive details about the nature and magnitude of informal and allegedly corrupt state-business relations at the highest echelons. After the Presidency and several senior ministers had fiercely, but ultimately unsuccessfully, fought the release of the report, it remains to be seen if an independent commission, as proposed in the report, can act free from political interference and shed further light on allegations of ‘state capture’ by business interests. First heads, such as the one of the CEO of the state-owned energy giant ESKOM, Brian Molefe, rolled already. The investigations could further intensify power struggles among the country’s political elites and consequently escalate South Africa’s urgent search for leadership. All this happens against the background of a stagnating economy, a dwindling Rand and a looming downgrade by the major rating agencies in December. The disciplining power of the global capital markets will further aggravate the pressure felt by ordinary South Africans on a day-to-day basis. Clearly, the nation is desperate for prudent leadership and inclusive governance. Consequently, the years leading up to the 2019 presidential election will prove decisive as to whether a new consensus can be built that ensures democratic governance in favour of the marginalised many and as to whom can credibly represent such a consensus.

You got a few ore hours to submit a paper proposal to our panel on "Infrastructural futures: Situating Africa within global connectivity initiatives" at #ECAS2023. ⬇️

Last friendly REMINDER: 23 January is the DL for the CfP for the panel we are convening at #ECAS2023 in Cologne (31/5/23-3/6/23) on "Infrastructural futures: Situating Africa within global connectivity initiatives". To the panel description➡️https://nomadit.co.uk/conference/ecas2023/p/12455 @GSSC_Cologne

Last friendly REMINDER: 23 January is the DL for the CfP for the panel we are convening at #ECAS2023 in Cologne (31/5/23-3/6/23) on "Infrastructural futures: Situating Africa within global connectivity initiatives". To the panel description➡️https://nomadit.co.uk/conference/ecas2023/p/12455 @GSSC_Cologne

China's moving away from unavailable projects.The Kenya, Uganda and Tanzania' SGRs situation showed the need for a collective approach to address the funding issue by addressing, regionally (since they're connected) the economic viability of these projects beforehand. https://twitter.com/TZajontz/status/1614918954765680645