Welcome to my web page! Here, you find some information about my path and my work, as well as about the NGO ‘Friends of Uganda’ which I co-founded in 2007.

There are also occasional reflections written by myself or valued friends.

This page is still work in progress. So, please stay tuned!

My path started in the town of Geislingen in the South of Germany where I went to school and, early on, began to engage in youth work and local politics.

After high school I moved to Berlin to do my community service in a youth club and hostel. Before going to university, I visited East Africa for the first time – a “safari” with a lasting legacy. Together with my friend Thomas Bopp, I founded the not-for-profit organisation Freundeskreis Uganda e.V. It partners with projects in the social and health sectors in Uganda and, in the meantime, counts more than 100 members.

In Heidelberg and Leuven, I studied for a Bachelor’s degree in Political Science and Public Law. By the time I graduated, I had been involved in politics for ten years. Facing the decision to enter politics full time, I decided to do a postgraduate degree in International Studies instead. For my Master’s my path led me first to Oslo, then to Stellenbosch in South Africa. This time of my life was very formative – both personally and in terms of my political thought.

After my Master’s, I returned to Europe and worked in the European Parliament in Brussels. In 2015, I embarked on PhD studies in the School of International Relations at the University of St Andrews. Under the supervision of the late Professor Ian Taylor, I researched the political economy of Chinese-funded transport infrastructure in Tanzania and Zambia.

Since finishing my PhD, I have worked as a Postdoctoral Research Fellow in the ERC-funded African Governance and Space (AFRIGOS) project in the Centre of African Studies at the University of Edinburgh and as a lecturer at the Chair for International Relations at the University of Freiburg. I am a Research Fellow in the Centre for International and Comparative Politics at Stellenbosch University. I have taught courses on Global Political Economy, the political economy of the Global South, as well as on International Relations and African international relations, at Freiburg, St Andrews and Stellenbosch.

I am a research fellow in the Centre for International and Comparative Politics at Stellenbosch University and have taught courses in International Relations and Global Political Economy at the universities of Frankfurt, St Andrews and Stellenbosch.

Previously, I worked in the project African Governance and Space: Transport Corridors, Border Towns and Port Cities in Transition (AFRIGOS) which was based at the University of Edinburgh’s Centre of African Studies and led by Prof. Paul Nugent. The project was concerned with processes related to the contemporary ‘respacing’ of Africa as well as with social, political and economic dynamics along four cross-border transport corridors in Southern, East and West Africa. Among my contributions to AFRIGOS’ research output is an article in Territory, Politics and Governance in which I theorise the regional politics and governance of transport corridors in Southern Africa, based on a case study of the Walvis Bay-Ndola-Lubumbashi Corridor, which links Namibia’s largest port with the Zambian and Congolese Copper Belt.

I have also a keen interest in African (inter-)regionalisms. I previously researched civil society regionalisation in Southern Africa. I am co-editor of the forthcoming book Africa’s Railway Renaissance: The role and impact of China which is published by Routledge’s New Regionalisms series. I have also regularly contributed to the Yearbook on the African Union.

Meta-theoretically, I have been intrigued by discussions in the philosophy of science and, specifically, by the critical realist tradition. Moreover, I am working on theoretical/conceptual questions related to the ontology of structures and agency with regard to ‘China in Africa’, imperialism theories, the ontology of debt as well as spatiality (or rather the lack thereof) in International Relations theory.

Together with Jörg Wiegratz, I coordinate the Collaborative Resarch Group (CRG) African Politics and International Relations for the Africa-Europe Group for Interdisciplinary Studies (AEGIS).

In 2007, together with some mates, I travelled to Uganda to catch up with Thomas, a school friend of ours who had been teaching there in a primary school for a year. During our travel we also visited the “Musichimi Health Centre” about which Thomas had reported in newsletters. The clinic was established by his mentor, Reverend Father Dr. Vincent Ndanda, and serves the population in the rural South of the Busia District as the sole health care institution.

I suggested to donate the remnants from the “class kitty” of our final year in high school to the “Musichimi Health Centre”. With the help of this money, the Clinic could build an extension tract, the “Geislingen Wing” which today hosts the Clinic’s maternity ward. 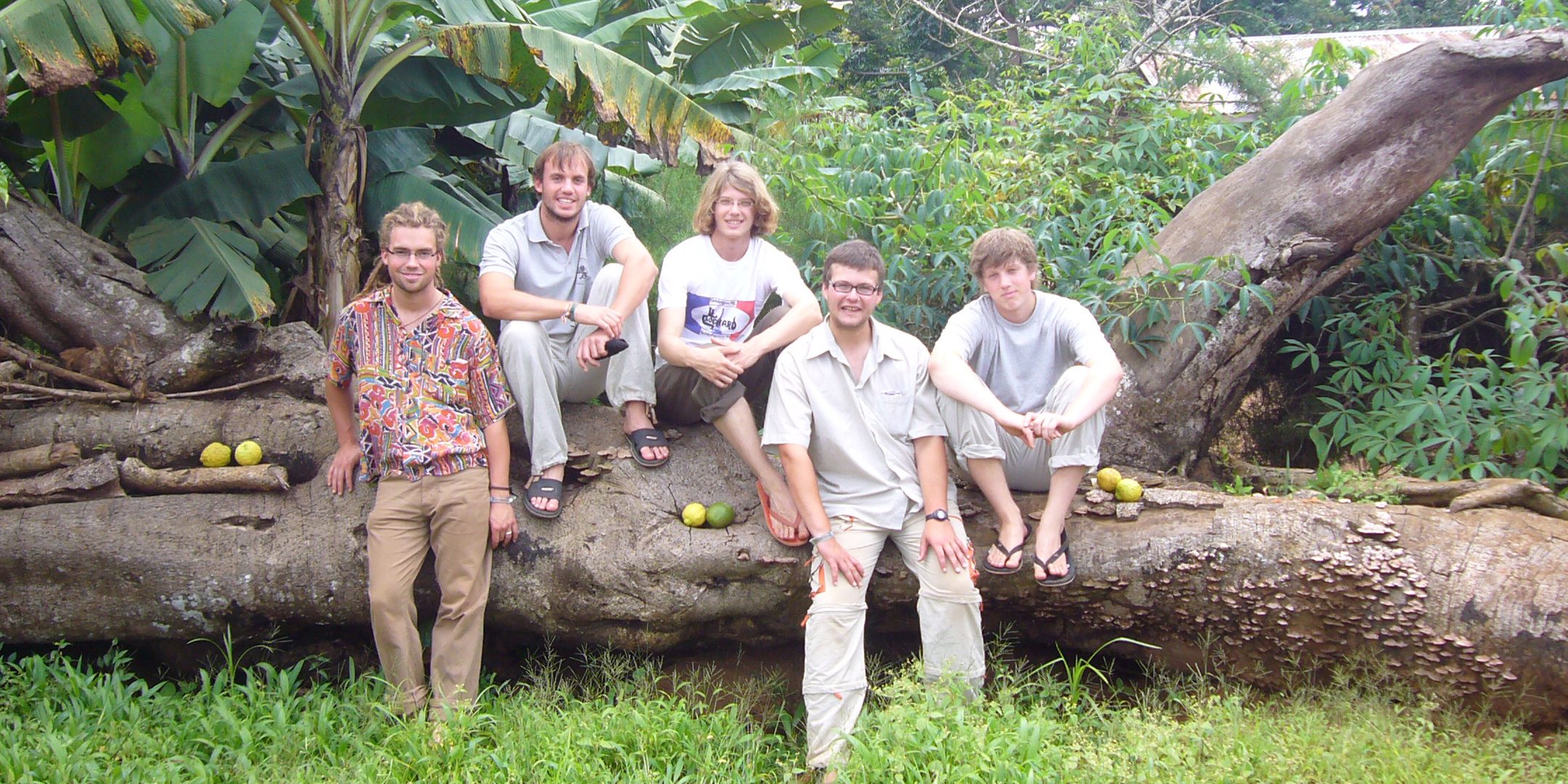 Upon our return to Germany, we reported from our journey in the local newspaper and started a campaign to raise further funds for the Clinic as well as for a school in Jinja’s slum Masese which was run by another friend of ours.

From the very beginning, we agreed that the cooperation with our Ugandan counterparts must not replicate patronising, neo-colonial ‘development aid’ from the Global North to the Global South. In contrast, in close collaboration with our Ugandan partners, we aim at diminishing existing dependencies through income generating projects that increase the financial autonomy of our partner projects.

The foundation of “Freundeskreis Uganda e.V.”

There are various ways you can support our work. You can become a member for as little as € 1 a month! You can also make a donation to support our partner projects. We can guarantee that 100% of any donation reach their intended purpose, as we are an organisation solely run by volunteers and we keep our overhead costs at a bare minimum.